Addis Ababa City Administration has signed two agreements with Chinese companies to streamline and modernize the city’s transportation services. An agreement has been reached for the purchase of more than a million dollars and the company will supply the buses in eight months.

The second agreement is a contract with the Chinese company Shindo Hanses Trans Tech. According to the mayor’s office, it will bring the world closer to the development of transport infrastructure and provide paper-free services to customers at terminals and travel.

Speaking at the signing ceremony, Addis Ababa City Mayor Adanech Abebe said one of the issues we promised to address in the 2013 elections was to improve the city’s transportation services.

He said the roads, which cost more than 1.9 billion birr, were inaugurated last week.

He said the city government will not only solve the transport problem but also strengthen the private sector contribution. 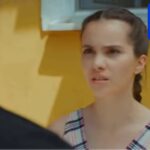