Employees of the Ethiopian Postal Service for more than 11.7 million birr have been fined.

Employees of the Ethiopian Postal Service (EPS) have been sentenced to life in prison and fined for breach of trust for more than 11.7 million birr.

According to the indictment, the first defendant, Agena Aika Alina, and the second defendant, Goytom Mane Fisseha, committed the crime in violation of Article 31/2 of the Proclamation No. 881/2007.

According to the agreement, the balance of the expenses incurred by the defendants was audited and the first defendant was defrauded of four million six hundred and ten thousand five hundred birr. Defendant 2 was charged with felony criminal mischief for allegedly committing a defamation of seven million two hundred and seventy eight thousand four hundred and ninety nine birr.

In another case, Defendant 1 was charged with aggravated burglary of one hundred and sixty thousand birr ($ 49,000) in cash by pretending to be the cause of the fire.

According to the Ministry of Justice, the Federal High Court’s Lideta Division I Criminal Court, which has been hearing the case, sentenced the first defendant to seven years ‘imprisonment and 8,000 birr, and the second defendant to 8 years’ imprisonment and a fine of 12,000 birr. 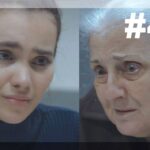